The first Davis League Chapter was formed in 1957 and after 58 years of providing non-partisan voter services, it was dissolved in 2015.  In April 2019, a small group of Davis residents decided to revive and renew the Davis League of Women Voters over a cup of coffee.  With guidance from the State League and advice from former Davis chapter members, The League Of Women Voters Davis Area MAS/MAL unit was established in August 2019.

LWDVA is committed to voter education and voter registration while staying non-partisan.  During its first year, the renewed LWV chapter organized the following forums: 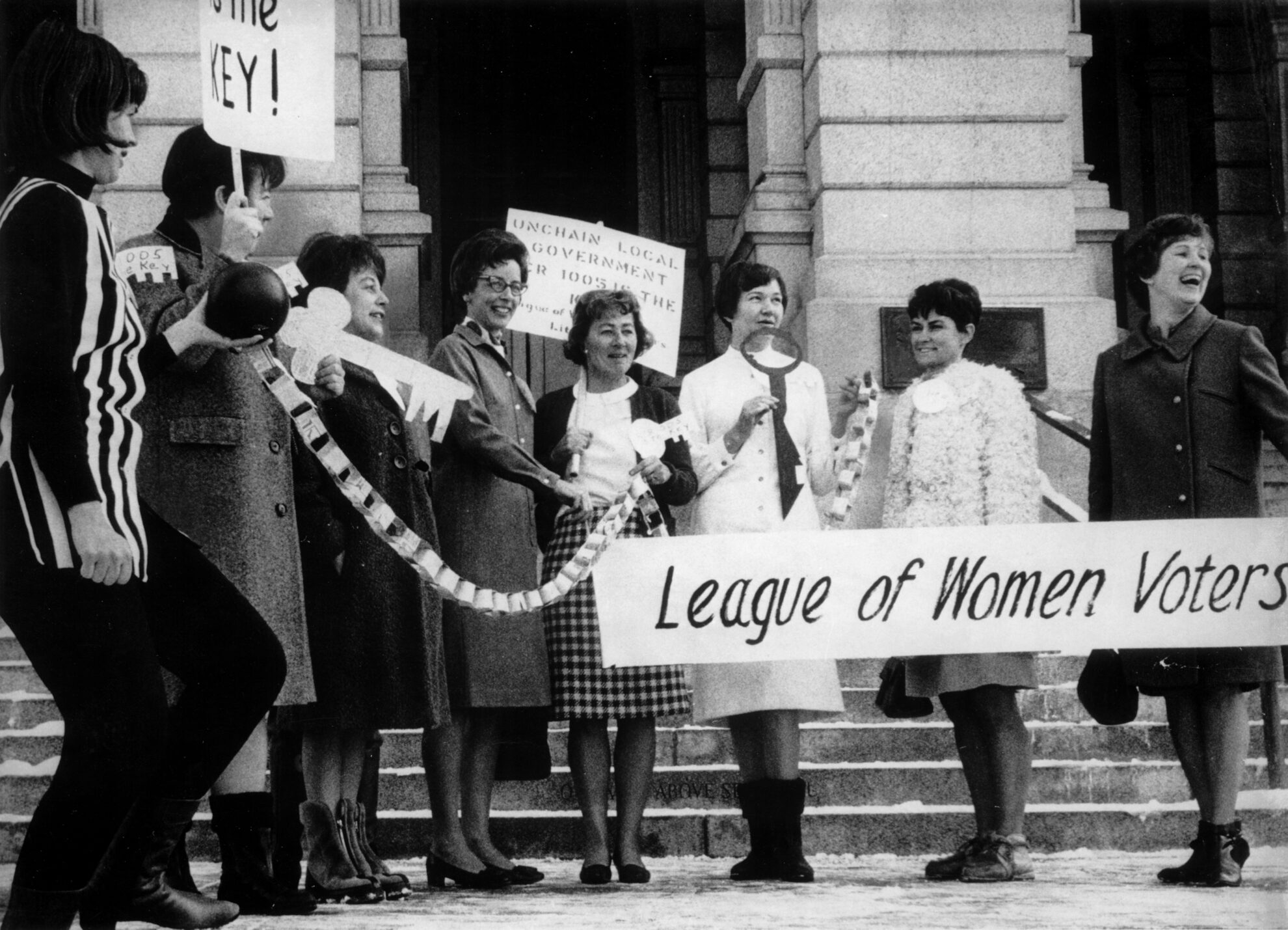 History of the League of Women Voters

On February 14th, 1920, President Carrie Chapman Catt formally founded League of Women Voter because of the need for a “league of women voters to finish the fight and aid in the reconstruction of the nation.”  Six months later, on August 18th, 1920, the 19th Amendment was ratified giving women in the United States the right to vote.

2020 marks the 100 year anniversary of the League Of Women Voters AND women’s right to vote.

LWV Davis Area is also celebrating its 1 year anniversary this year.  LWVDA was officially recognized as a MAS/MAL unit by the State on August 4th, 2019.  We re  proud to join a legacy that for a century has been nonpartisan, grass roots and believes voters play a critical role in democracy.

While the League started with equality and enfranchisement for women, they later recognized the need for greater diversity and inclusivity  Today the League welcomes diversity, equity, and inclusion in principle and in practice.  Our chapter, LWVDA, is committed to carrying on the tradition.

LWV operates at the local, state, and national level, with over 1,000 local and 50 state leagues, and one territory league in the U.S. Virgin Islands. Click the links below for access to the CA State League, and the US National League.